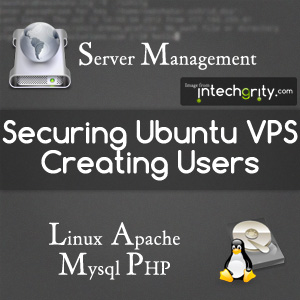 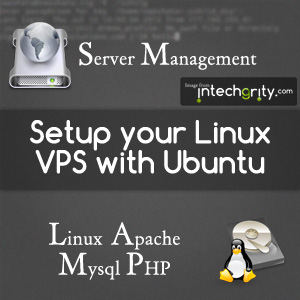 Bought a VPS and thinking how to manage it? Well, you’ve just come to the right place. In this series, (which succeeds our Network Admin in SSH series), we are going to talk about everything that you need to know for a successful VPS Setup on Ubuntu. We will be using Ubuntu Server (11.04 onwards) to install and activate our Web Server.

But before you start though, make sure you are capable enough to deal with the following assumptions:

At the end of this series, you will be familiar with the following concepts:

In this part #1 of the series Ubuntu VPS Setup, we are going to discuss on two topics:

So let us start.

#1: Creating your own user for secure SSH:

SSH through root user is not at all a good idea if your server is hosted using Ubuntu. It gives a sudo command and sudoer group from where you can execute sudo commands from another user. This saves all the trouble you might get into by accidentally performing some super user stuff and thereby keeping your system in a comatose stage. Let us how.

You should have received at least three things while buying the VPS:

The SSH port is 22 by default (for VPS) so we do not need to worry about that. Fire up a terminal and login as root first (using SSH of course).

This will show you a first time warning:

This will prompt for a few things and a password. Enter them (you can leave everything except the password blank if you wish) and you are done.

We will give admin (and thereby sudo) privilege to the user mike. To do this, we are going to edit the sudoer file. Execute the following command

This will open the sudoer file with your default text editor, in case of ubuntu it is nano. Find the line which says:

Press Ctrl + X, followed by Y and then press Enter. This will save the file.

At the end of it, add

And save the file (Ctrl +X, Y, Enter). Now restart the SSH server.

Now we should test if the new user is able to login through SSH.

Open up another terminal (Ctrl + Alt + T) and execute the following command:

It should prompt you for your password and let you pass. If not, comment below and we shall see the problem.

Find the line which says

And change it to

And done. You will no longer be able to login as root.

The default port is 22, which you should change in order to stop attack from outside world. To do this, again edit the /etc/ssh/ssh_config file

And then find the line which says

And change it to

Use any port number you like between 1024 and 65536. You need to remember the port number.

#2: Creating Users for your WebSites:

So, the very reason why you bought the VPS is perhaps host your websites. Now, if you are planning to host multiple sites, then you probably wouldn’t want the scripts of one website to destroy that of the others. To prevent this, we will be creating different users for different sites. We are assuming, we would be hosting three sites:

We will be using lower level useradd command to create users. We could also have used adduser, but since it is supported only in Debian, so we are going to use commands which are distro independent.

User the commands below to add the user (as root).

Create the default directories. Execute the commands as root.

and add the following at the end of the file

Save and you are done.

Execute the following commands as root.

This will make sure that the rest of the users, ie, wordpress and phpmyadmin will have default directory structure. Why do we need these directories? You will understand in the upcoming posts where we actually put things to work. Also make sure that these users have umask set to 0022, else it will create problem in future.

At this point our user setup is ready. Next we would have to install the LAMP stack. But before we proceed, we shall purge everything that is already installed by executing the command below. If you are on a fresh installation and have not installed, then you can skip this.

So that’s it for this part of the series. Coming up next, we shall see how to install Apache2 and use the Virtual Host concept of apache2 to host your sites using the same VPS.

That is it for the first part. Coming next, is installation of apache server with virtual host concept (so that you can host more than one site on your single VPS). If you have any queries about anything discussed here, feel free to ask through comments.