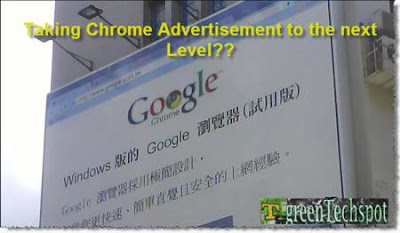 Google knows how to market and publicize their products and no exception in their new product Google Chrome Browser also. Previously from the very beginning of the lunch of this product google has been promoting through many of its social networking sites and partners including Orkut, Youtube etc. Take a look at the image below.

We have also been seeing Advertisement of Google Chrome on many web site through Google Adsense.
But this time google has came up with a different and obviously effective approach to market their product — Promote their Product through 11 Featured Youtube Videos.
Here are a few thing which you may find interesting…

Promoting and Marketing Strategies:
News say that the videos will get promotion as “Featured Videos” on YouTube’s home page. These Videos are obviously Google’s latest effort and to some extent “Experiment” to market chrome effectively. All the videos has been limited largely to keyword and display ads on Google’s ad network, a download button on YouTube and for a few days after its launch a link on Google’s search page. Google may also combine the videos with a media buy across the content network that would see the videos placed as display ads across the web with the Tagline: “a new way to get online”

“There’s a teeny group of people who obsess and care browsers, but most people don’t really think about it, But imagine if a browser was a car and people didn’t know what they were driving or that they had a choice?”

Project Budget?
At this point if you are thinking that Google is going to put loads of money behind this project then you are wrong [Well I thought of that too].
According to a person who bid on the project budget for chrome is about $10,000 which is quite cheap compared to the money spent behind other Google projects.
But actually who cares? It the well planning strategy of Google [Which makes them unique at their field] to use Youtube for chromes marketing. We cant say Youtube cheap isn’t it? Just think of promoting some other product through Youtube! Eh! That’s going to cost much

Have your say!
So what do you think about this? Do you use chrome? Or still use IE or use The power Browser Firefox. And what you think about the new marketing policy of Google. Personally I have really liked it! Also let us know your points of views.