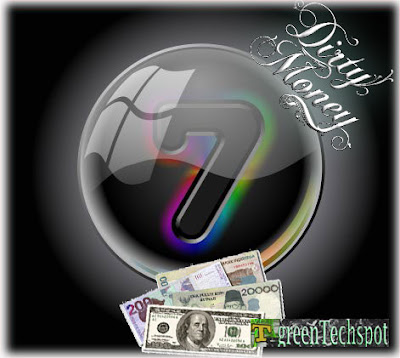 Previously we have discussed about Windows 7 features and its expected release date. Till now there is one major thing to be announced yet and that is “Price“. Of course we are not talking about Linux here! It is Microsoft Product and to get full benefit from it we do need to pay! After releasing the RC [Release Candidate] and gaining much popularity Microsoft still has not announced the Selling Price of Windows 7 yet! I guess this is not yet another marketing policy of MS [Well there are many of which we have talked previously] to keep us in dark and throw some good price of it when we start liking them! Well but Darrel Ward, director of product management for Dell’s business client product group, gives us some light here! To know about about it please read on!

Price Tag to be a Little bit High?
Although in every aspect Windows 7 RC has proved to defeat its previous candidate Windows Vista, but still the Price Tag of Win7 can really affect its popularity or more importantly, affordability! Quoting the words of Darrel Ward

“If there’s one thing that may influence adoption, make things slower or cause customers to pause, it’s that generally the ASPs (average selling price) of the operating systems are higher than they were for Vista and XP, In tough economic times, I think it’s naive to believe that you can increase your prices on average and then still see a strong swell than if you held prices flat or even lowered them. I can tell you that the licensing tiers at retail are more expensive than they were for Vista”

Now words from people like Darrel do make sense and we just cant ignore them! Besides Dell is one of the companies which forces its laptop users to buy and install original Vista instead of Windows XP or even any other OS [Like linux]. We are not going in any argument about this kind of dirty marketing policy of Microsoft but still when the Product manager of one of the marketing companies of MS says this kind of words they do make sense!

Another Marketing Policy of MS?
Darrel also has included something which may catch your interest

“When Vista came out we didn’t have the motivation to do the types of services that we’re doing now. We didn’t have the clear customer demand for such services. We do have a visible number of customers, large and small, who are actually waiting for Windows 7 and who have already put plans in place to target the transition to Windows 7, they’re asking Dell for help. That demand and this opportunity is stronger than it has been in the past”

Does it mean Microsoft is again going to force companies like Dell to include Windows 7 with its still unknown “Price Tag“? Well the following words from Ward does indicates that

“Our professional service organization is beginning to structure service offerings specifically designed to help customers migrate their images, their applications, and their management infrastructure, security capabilities and so forth.”

Means Dell is already optimizing its organization for the service of Windows 7.

Now the thing is that, today if Dell is saying this then tomorrow other large companies like HP [Compaq], Sony can also do the same to get benefit from MS and force their users to get Windows7 with its expected Higer Price Tag.

Can Schools and Business organization afford it legally?
No, we are not going to say how one can afford Windows7 illegally! There are several ways of doing that, but right now focusing on our Topic we can say — whatever the Price may be it is quite clear that schools and smaller businesses may not be able to adopt Win7. Clear indeed from Darrel also

Have your Say!
So what do you think about this policy of MS and its the potential Price of Windows 7. Although from the above discussion it is already clear that the ASP of Windows 7 is going to be higher than vista but dont forget to share your views also.