Your very own google is about to get its connection to Asia in no time.A reason for all us Asians to be happy and excited.Google and group of other companies have invested about $300 million dollars in developing a super fast internet cable running under the Pacific Ocean from the U.S. to Japan, increasing bandwidth by about 20 percent.The Unity Consortium, which consists of Google, Bharti Airtel, Global Transit, KDDI, Pacnet, and SingTel, has nearly completed the testing of the $300 million project. 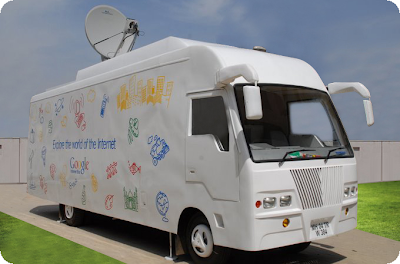 If you spend half your precious time in cursing your net speed then its a time to rejoice for you because its being said that this cable can supports speeds up to 7.68Tbps (Tera bytes per second)! WOW… sounds exciting. Google is expected to formally announce the completion of the project next week…

Google’s officials said on thursday that

The need for information is a global requirement. As the economies of Asian countries continue to grow, data traffic and the use of the Internet expands. Google is a global company and is committed to providing the best quality of user experience regardless of geography

Now another point which you should note is that although Google leaves China on 10th April yet (i know i sound selfish) we people living in other Asian countries  will get an even faster internet access because More bandwidth from the fast pipe (under Google’s 20%) will help Google deliver faster internet speed.
In return for its investment—an undisclosed amount–Google is entitled to 20 percent of the overall capacity for its needs, according to partners involved with the project.Internet companies need bandwidth to provide their services, and usually have to rent that from the companies that build and maintain the cables and network connections. That’s expensive, which is why Google and several telecommunications companies asked Pacnet to help build the cable
Anyways, i am just hoping for my sloppy internet to fasten up and i hope that you are waiting for the same……..Well just in case you have a slow internet like mine 😉
READ MORE ON CNET