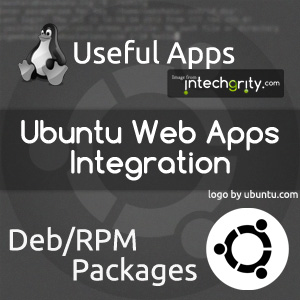 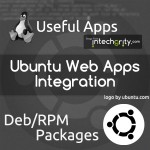 Just today I saw this awesome upcoming feature of Ubuntu, Web Apps Integration. It will integrate web based application with Ubuntu dash and launcher. So with the help of it, you can open your Gmail with one click from the launcher bar and do much more than that. As seen in the official video, it tends to incorporate a central system for all Online Accounts. Previously, we already had a similar system in Unity control panel. This update will make the system more robust.

As seen in the video, the web apps has got … main features:

As the officials say, it will be coming to Ubuntu 12.10 soon and an PPA for Ubuntu 12.04 will also be available. More update can be found on Jono Bacon’s blog.

What I liked most about it is, the third party support for integrating Ubuntu Web App on your own application. Even more, that it can utilize almost any part of the Ubuntu Unity desktop making your app look more “native”. Quoting from Jono Bacon’s blog:

The team working on the Web Apps code have already built support for a range of the most common apps (e.g. GMail, Last.fm, Google Docs).

So, naturally, the whole thing being Open Source, we shall get all the documentation and sample codes to make our apps compatible with this new Ubuntu feature. Let’s just see how the whole thing comes to shape. Do give us your view on this.